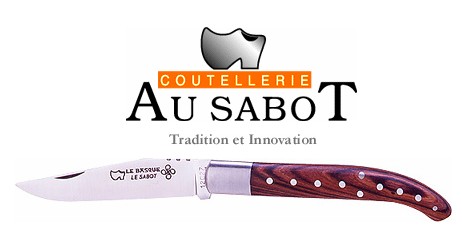 Coutellerie Au Sabot is a 100-year old cutlery maker based in the Theirs knife making region of France. The company is family owned, operated, and oriented. In 1870 Etienne Fontenille, at the time a cutlery maker, registered the LE SABOT trademark at the commercial court in Thiers. There were then several successive owners. In March 1973, Jean Sauzedde took over the trademark which has remained a family business since that date. Over the years, their range of products has expanded through the buyout of other cutlery companies.

Multi-purpose knives have long been a trademark of the Au Sabot company, as well as the Theirs region in general. In the early 2000's, Au Sabot entered the plier multitool market with their X2 tool.