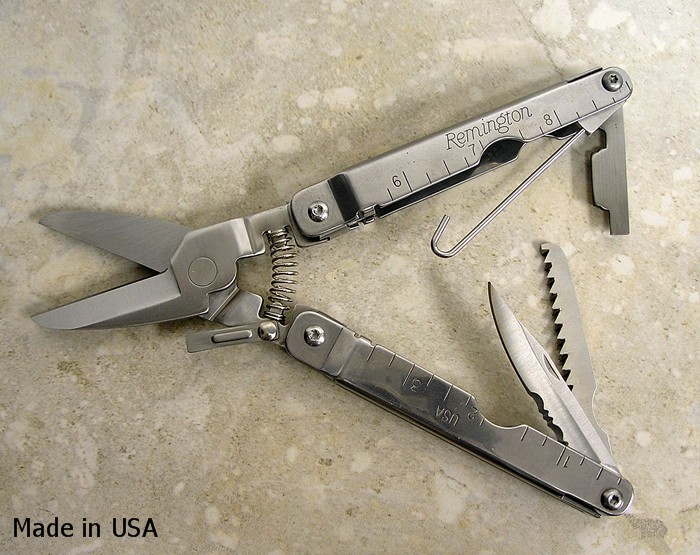 The Bird Hunter's Tool was originally produced for Remington by Bear Cutlery. As a matter of fact, the tool is almost identical to Bear's 157SM Bird Shears model, with the exception of the REMINGTON logo on the handles and the combination choke tube wrench. It "was" a very well made tool, until sometime in the mid-2000's when Remington started having the Bird Hunter's Tool made in China. 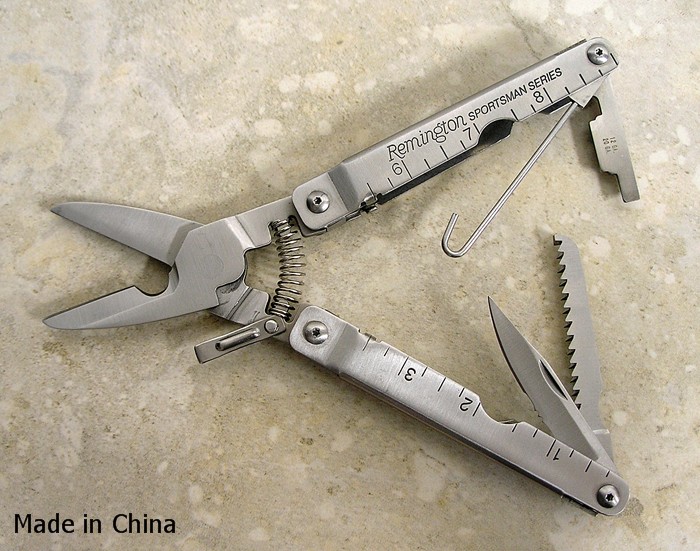 Handles are folded sheet metal. The sheet metal itself is noticably thicker than that of any other plier multitool. Pivot screws are torx drive.

REMINGTON is stamped into one handle, USA into the other. One side of the tool is stamped with an inch scale, the other side in metric.

Sheath is woven nylon with a velcro closure. A leather backing with cross loops allows for both vertical and horizontal carry.

Sometime in the mid-2000's production of the tool was moved to China. Great effort was put into making the Chinese tool appear identical to the Bear & Sons USA-made tool. The quality differences are quite apparent however.

The Chinese model is stamped REMINGTON SPORTSMAN SERIES. It has a sharpened notch in one of the shears jaws, evidently to make bone cutting chores easier. There is also some warning text etched onto the choke tube tool.

Originally produced by Bear Cutlery, and made in the USA. Later copies produced in China.