Introduced in 2018 concurrent with the Wave Plus the Charge Plus TTI and Charge Plus were a minor update on their predecessors. Aside from adding a Plus to the name, the changes consist of an updated plier head, similar to the 2014 Surge, which added a crimper under the plier head and user replaceable 154cm wire cutters. All other tools remain the same for the TTI. The Charge Plus updates the Charge AL and also adds the guthook atop the serrated blade from the TTI
The sheath was updated to a premium nylon with a metal snap vs the previous Velcro for closure 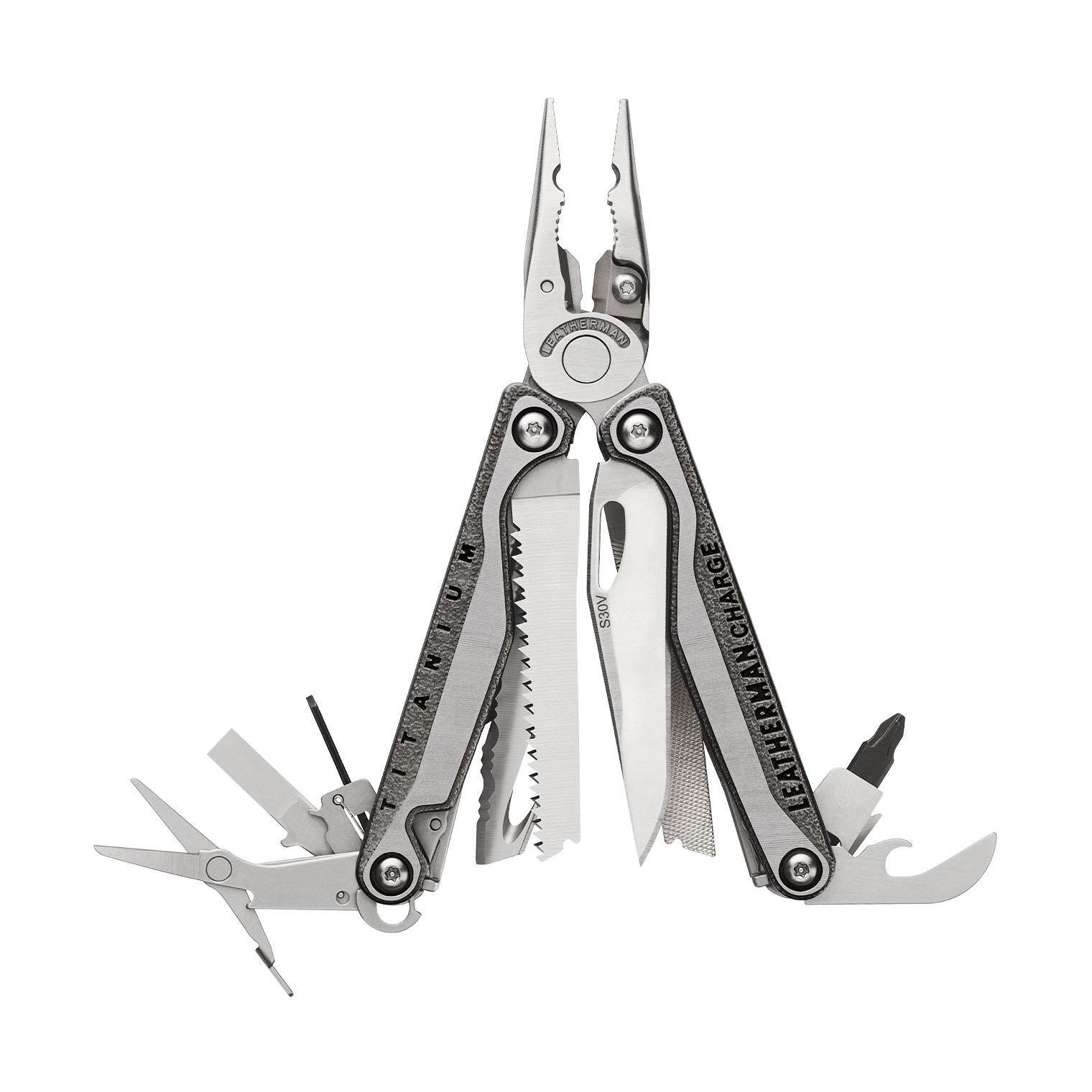 Newly designed pliers that includes removable and replaceable 154-cm wirecutters, as well as electrical crimpers under the plier head.

For all models, the frames folded steel, covered by the scales


Charge Plus has :
Charge TTI Plus Has:

Charge Plus has :
Charge TTI Plus Has:

Standard and Heritage (plus only)

Building on the previous generations, this minor update changes the pliers head to add the replaceable wire cutters. And an electrical crimper