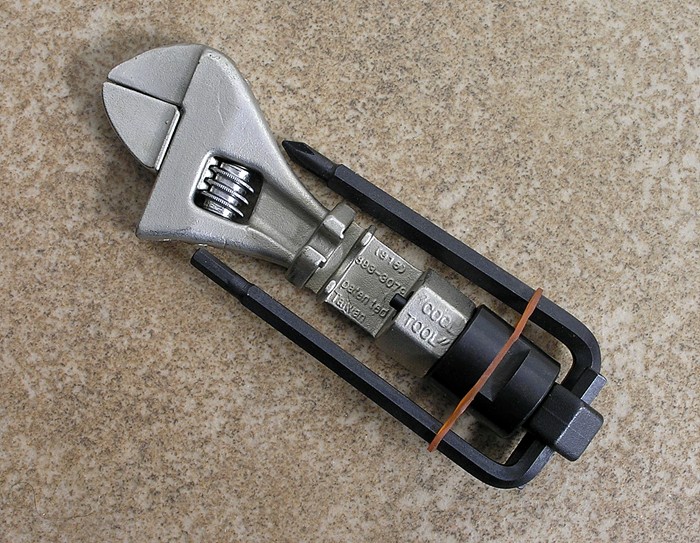 The Cool Tool was one of the very first multi-purpose bicycle tools. Based on an adjustable wrench, it offered the user a wide range of capabilities in one convenient device. A few early models were lightweight titanium and made in the USA. The majority were made from stainless steel and imported from Taiwan. Only later did Gerber acquire the rights to produce and sell the Cool Tool. 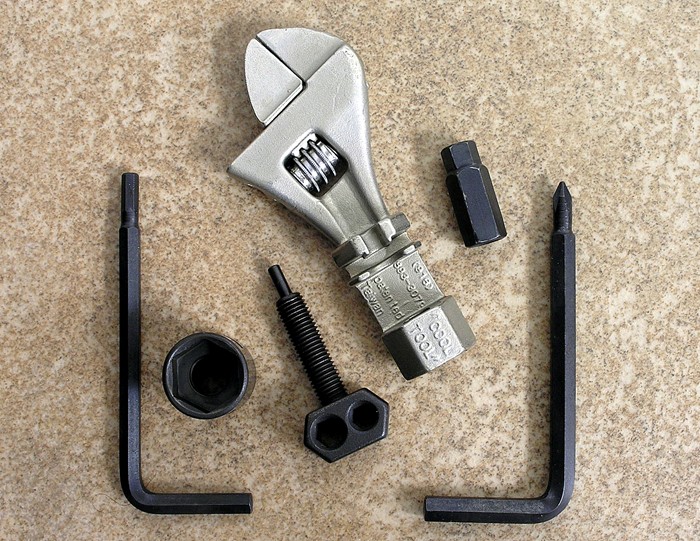 An adjustable wrench forms the basis of the Cool Tool. Its jaws open up to 11/16" (18mm) The jaws themselves are particularly narrow, allowing them to reach areas inaccessable to most wrenches.

The "handle" of the wrench is the frame of a bicycle chain tool. When used in conjunction with the threaded pusher rod, it allows the user to break down and reassemble individual links in the chain.

Note that all removable tools are produced from carbon steel.

The bottom of the wrench handle has a small notch that functions as a spoke wrench.

None at first. Generic nylon with velcro closure after Gerber took over sales.

The Cool Tool was originally conceived and produced by Robert Seals, who also designed the Retrotech bicycle frame, folding sound stages, solar sound stages and the KleenKanteen. Sometime around 1996 the production rights were acquired by Gerber. No differences are apparent between the original tools and the Gerber tools except for a cast GERBER logo.