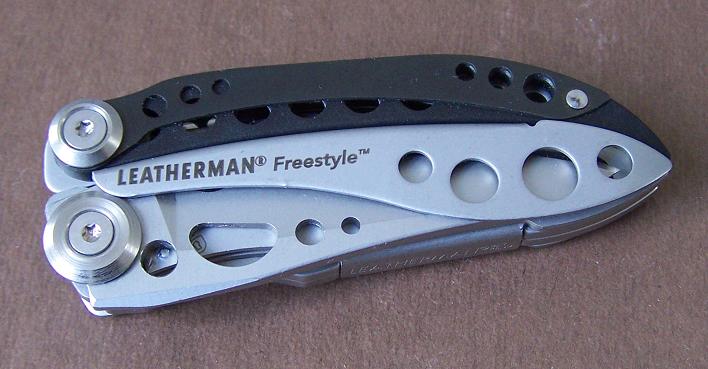 The Freestyle looks like, and functionally is "half" a Skeletool, designed to combat the awkwardness of the fixed carabiner at the end of the Skeletool. The Freestyle is an ultra convenient minimalist tool for when carrying a pocket knife just isn't enough. 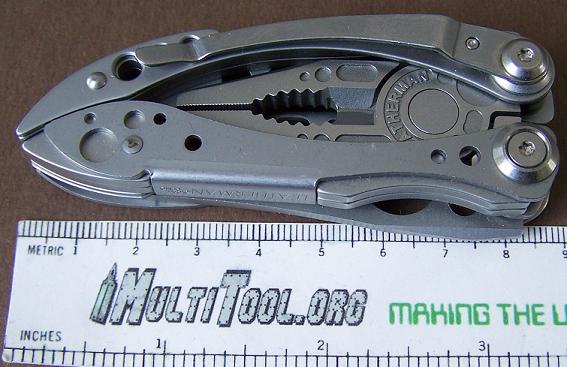 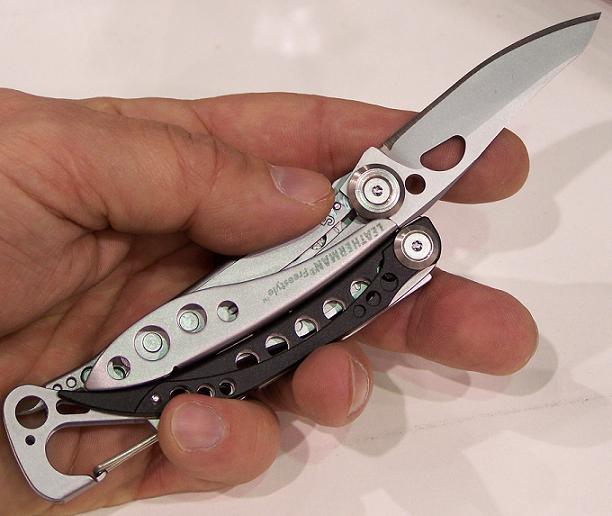 Plier jaws are larger than the Squirt P4 jaws, but considerably smaller than full size jaws found on the Kick or Charge. Best comparison would be with the Juice series of tools.

There are fine serrations near the nose, a gripping area below that, and a wire cutter area near the pivot. (Including a hard wire notch)

Shallow pockets are liberally scattered around the surface of the pliers. The effect on reducing weight is minimal, they are primarily for appearance.

Freestyle handles are very complex and made up of several components.

Finish is brushed stainless all over.

Like it's sibling, the Skeletool, there is no date coding on the Freestyle.

The only folding device on the Freestyle is its partially serrated locking knife blade. The blade measures 2-1/2" long. (63mm) It is made from 420HC stainless.

The knife blade locks open via a standard liner lock.

The Freestyle CX is very similar to the Freestyle, but features a 154CM plain Edged blade, and a carbon fiber insert.

Current incarnation announced at the 2009 Shot Show. The original design was initially showed at SHOT 2007, and was somewhat closer to the Skeletool design, complete with carabiner. The main difference between the prototype Freestyle and Skeletool series was the lack of interchangeable bit driver, and with a fixed "multidriver" in it's place. This multidriver was designed in such a way as to work in both phillips and flathead (slotted) type screws. The Freestyle also did not have the cutout for the spare double ended bit in the handle.