In 2001 Leatherman introduced the Juice line of multitools, an entirely new series of multi-purpose pliers based on a medium sized frame. The use of brightly colored aluminum handle scales and smooth rounded contours, all in a package that folds up to about three inches long makes the Juice models appealing to carry, especially in formal situations when a full size regular multitool would not be appropriate.

In addition to the aluminum scales, the modular layered system of construction (similar to how Swiss Army Knives are built) and the use of rivets instead of screws is noteworthy on the Juice line.

There were originally five different Juice models in the Leatherman lineup, but that number has been reduced to four since the KF4 was retired in late 2006. In addition, two special run variations, the SC2 and the Pro, were produced for large retailers. All of the various models start out with a plier layer, which also houses an array of inside-opening screwdrivers. After that, assorted outside-opening blades and functions are stacked on, creating the different variations.

In 2014, Leatherman "refreshed" the Juice line, with new two tone textured scales. The refresh is regarded by many as a step backwards for Leatherman. The changes are as follows: 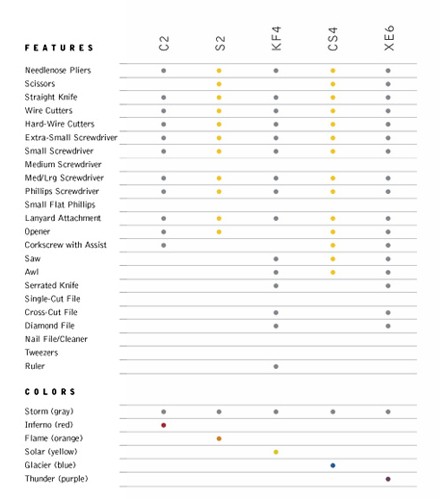 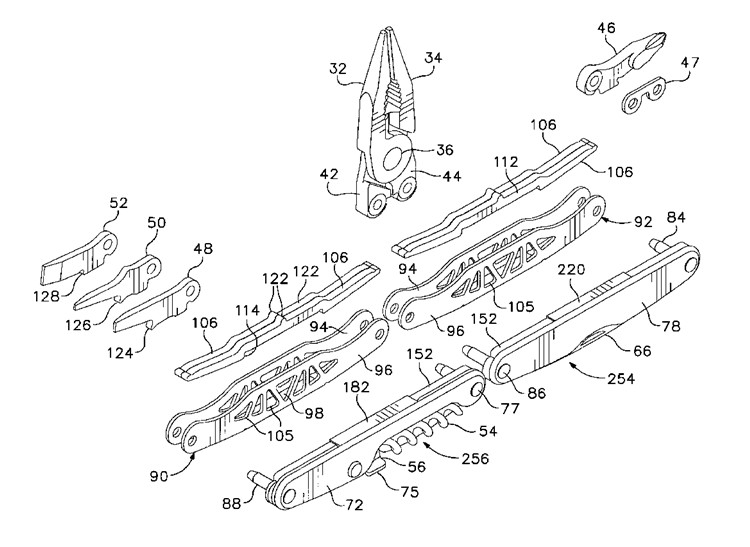