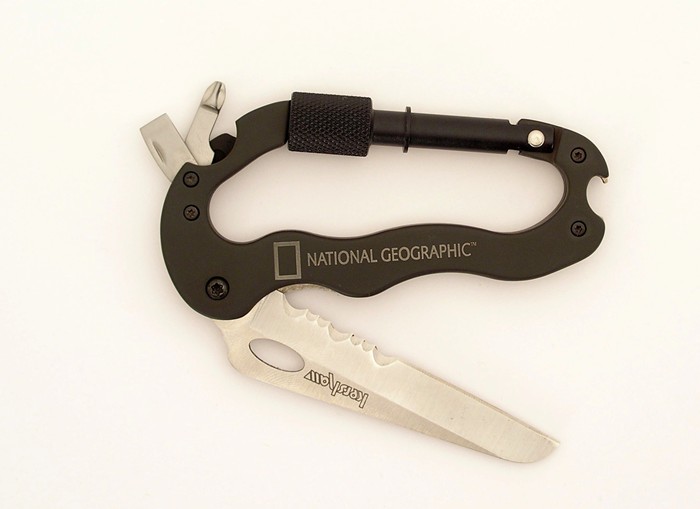 Originally licensed to use the Society's name, the National Geographic Carabiner Tool later became simply "Carabiner Tool 1004" when the association between Kershaw and NGS ended. Launce Barber, who later became half of CRKT's vaunted i.d. Works team, was the inventer and is named as such in patent #6,223,372. Construction quality of the original models made in Japan was quite good. Since production has moved to China however the quality has fallen off noticably. 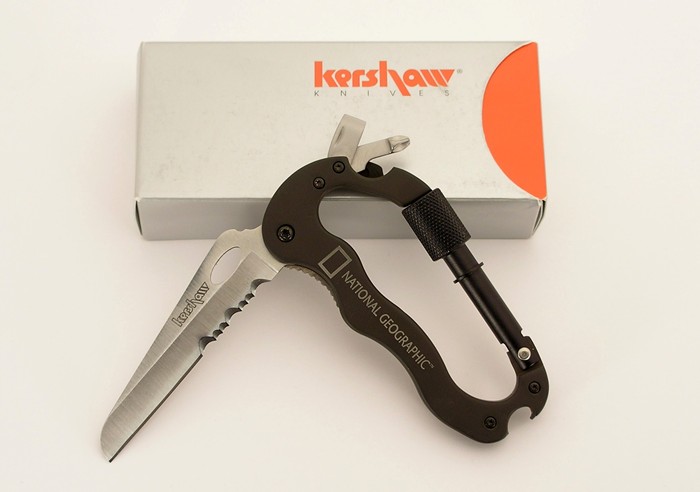 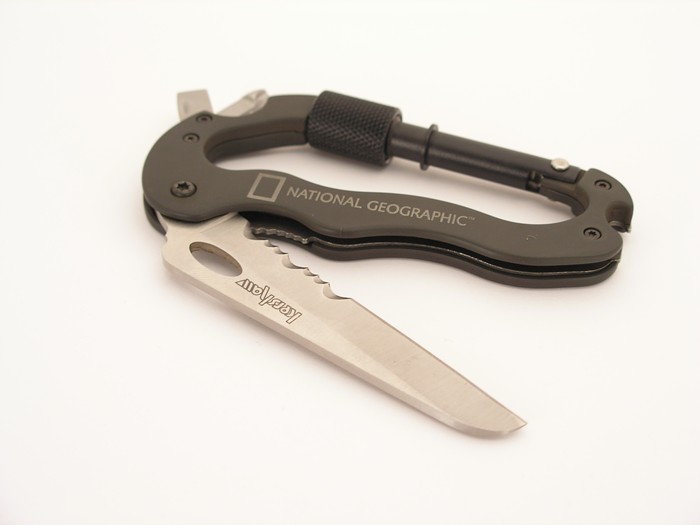 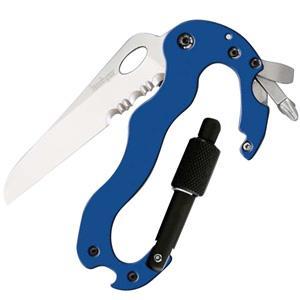 A bottle opener notch is formed into the handle/frame.

Designed by Launce Barber and introduced in 2003. Manufactured in Japan and China.