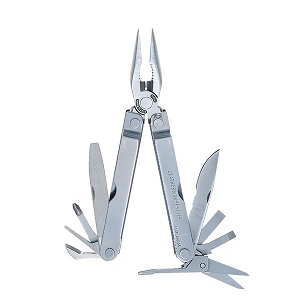 The PST II was originally just a variation of the ever popular PST but it evolved into a tool of it's own and being originally labeled Leatherman Tool as the PST was became the PST II. It was the first Leatherman to have a diamond coated file (with fish hook groove) and a pair of scissors. At the time this was a major advance in the multitool world. It is also the first Leatherman to have a combo blade ( half serrated half plain edge knife blade). This tool was introduced in 1996 and later discontinued in 2004.