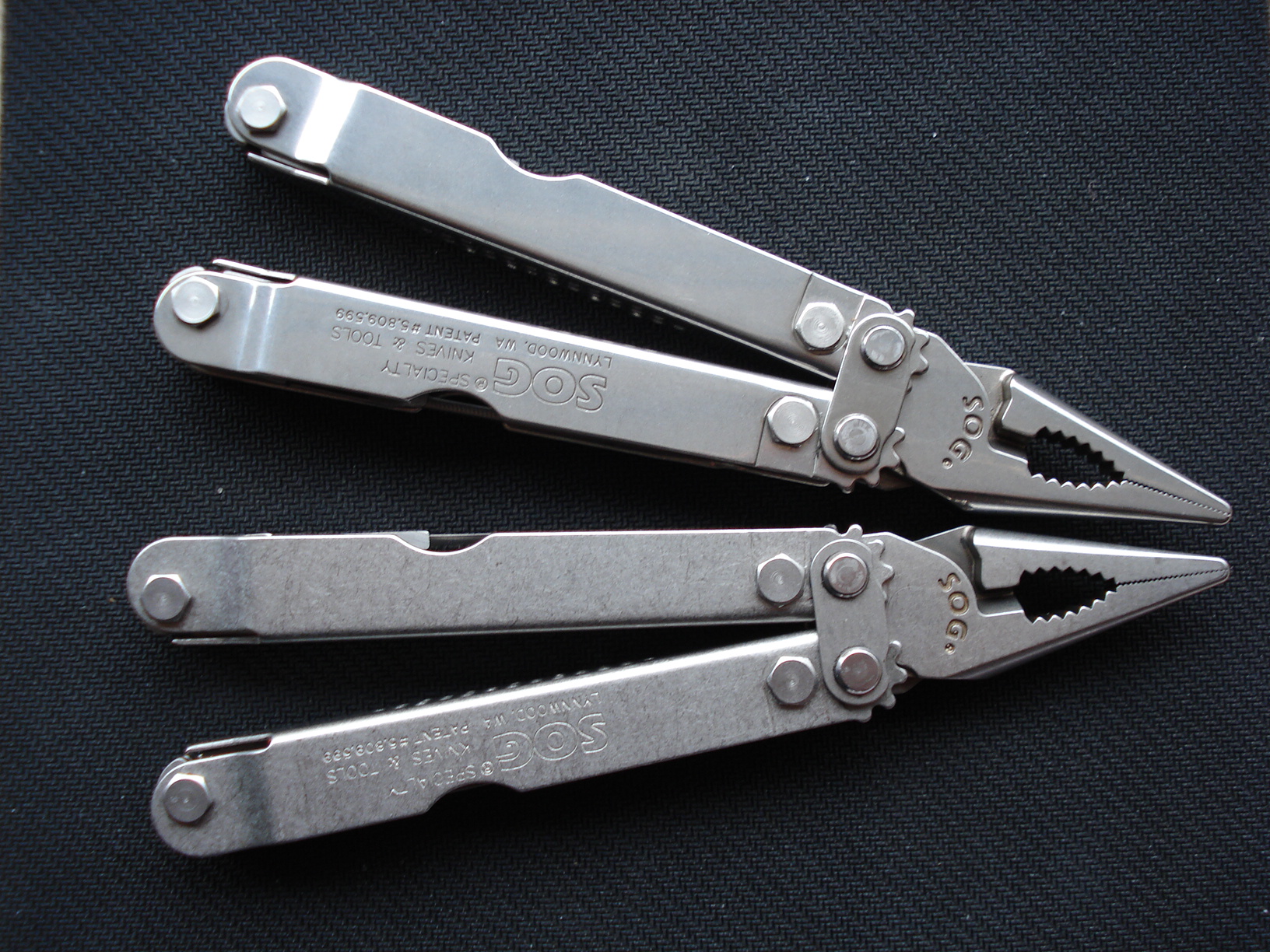 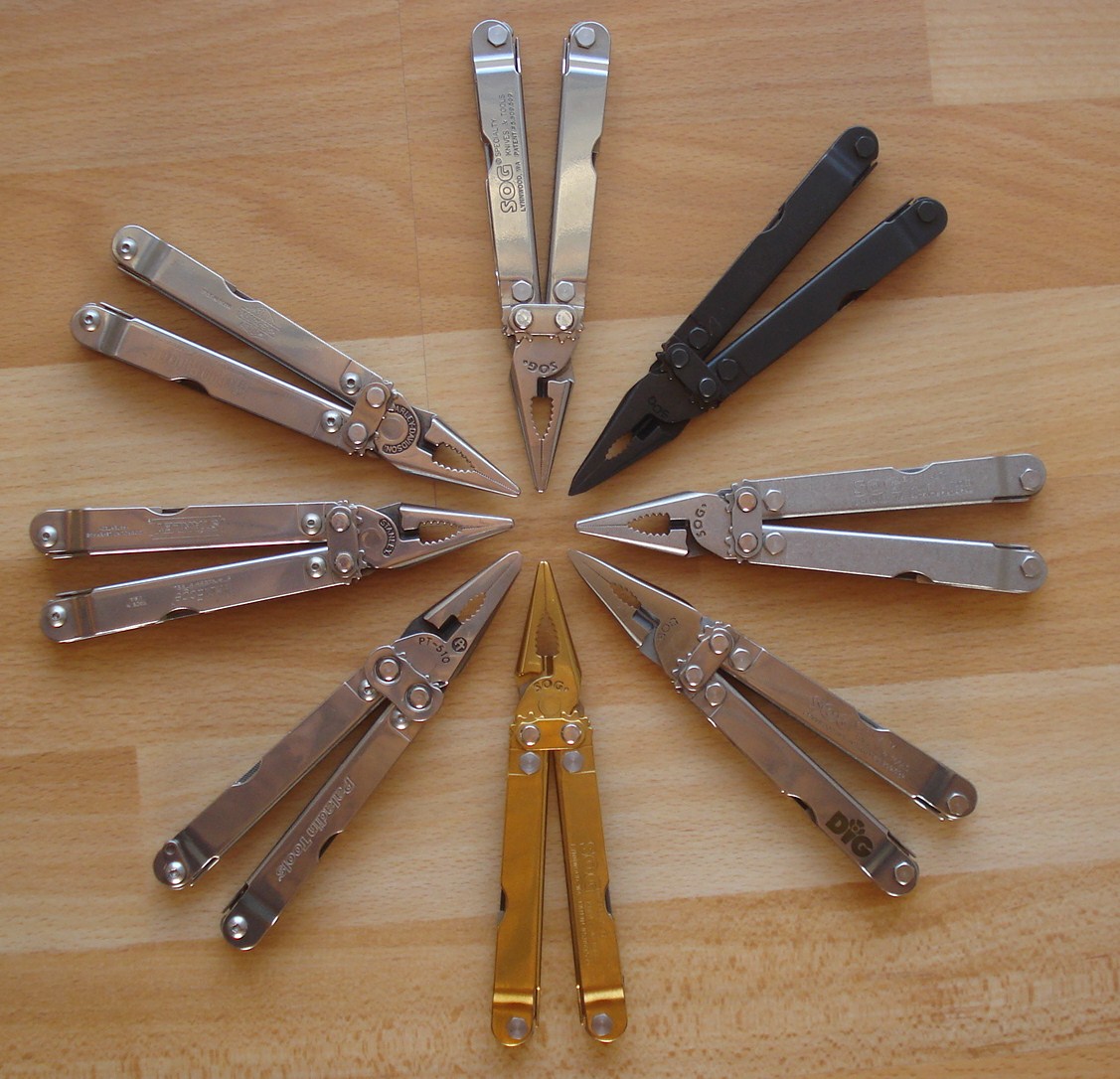 Needle Nose pliers with bolt gripping channel and bypass wirecutters with hard wire notch. There are two versions of Pocket PowerPlier's jaws, old and new. The original version had a more rounded tip, and a wide bolt gripping area. The new style jaws were introduced when SOG moved production to China. They have a much finer needle nose point, a larger wire cutter section, and a smaller bolt cutting section.

In addition to these color variations, there are two distinct production cycles of the Pocket PowerPlier. The old style is identified by hex head bolts and the older, more rounded plier head with a larger bolt gripping section (see photo). The old style tools are 100% made in the USA. When SOG shifted production of their tools to China, the Pocket PowerPlier saw some changes. These new style tools can be identified by the Allen key screw pivots, and the new, pointer plier jaws with a smaller bolt gripping area (see the Black Oxide Pocket PowerPlier in the picture). These tools were made in China, but assembled in the USA. There is no noticeable quality difference between the China made and US made tools.

The Pocket PowerPlier has been produced/rebranded for Stanley, and Harley Davidson.

In 2016, the S45 model was discontinued, while the S44 remains in production