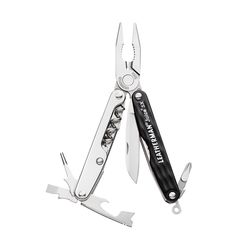 The Juice SX was a tool in the Juice series that was created for use as a surf board tool. It has a 3/32 inch fin key to adjust the surf board fin. The original version was released in 2013 and only produced for a few months. In 2014 Leatherman redesigned the entire Juice series by shortening the knife blade and changing the scales to a colored handle and a stainless steel wavy textured handle. Thus reintroducing the Juice SX in this new format. It is still in production at this time. 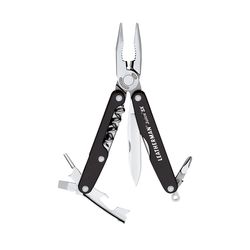 Original version of the Juice SX

Two versions of this tool have been made. The 2013 version was like all the Juice line at this time with smooth handles with same colored handles but the 2014 version the whole Juice series got a makeover with different handles and a shorter knife blade.