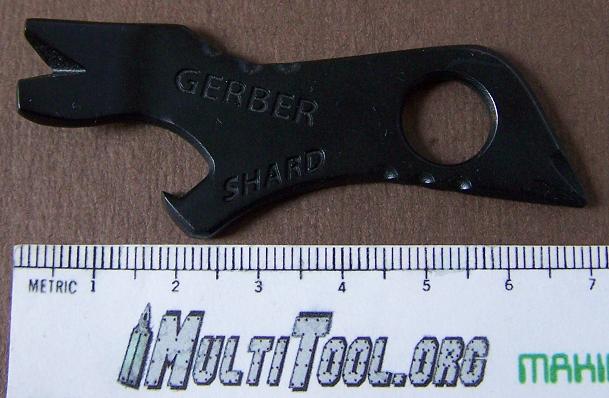 Not released for sale at first, the Shard has gathered a certain amount of interest to collectors everywhere. Unfortunately the Shard was only released in limited numbers as a giveaway item at trade shows such as SHOT and BLADE. Bombarded by such a large number of people Gerber decided to go ahead and make a production run of this smaller brother to the Artifact.

Frame is a one piece stainless steel investment casting. Finish is black titanium nitride. GERBER and SHARD are deeply cast into one face.

A number of features are cast integral into the frame:

The Shard is a smaller, knifeless version of the Artifact, which has been released and is readily available.