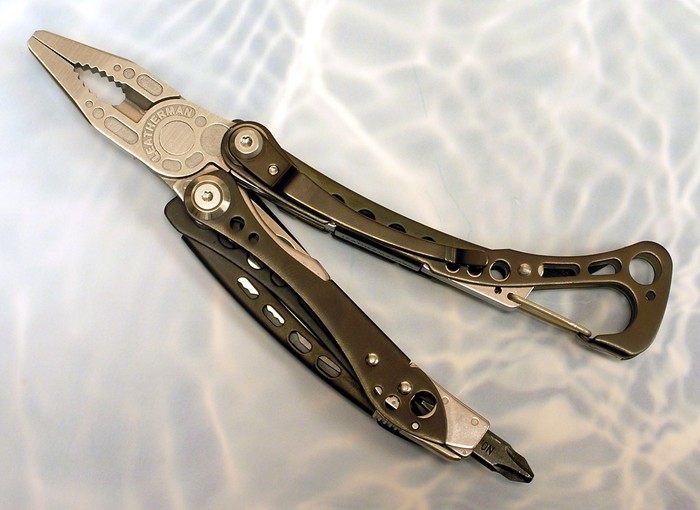 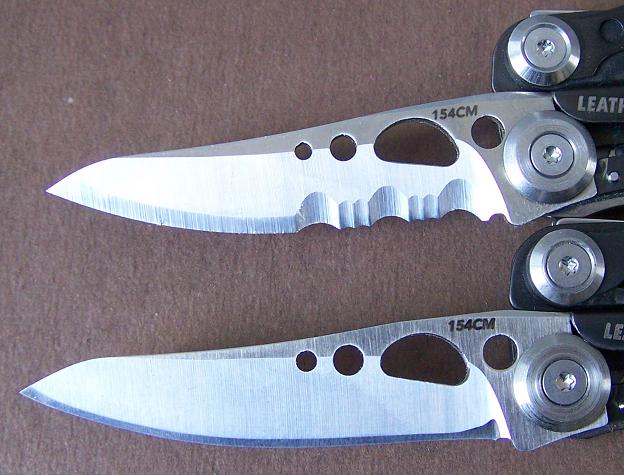 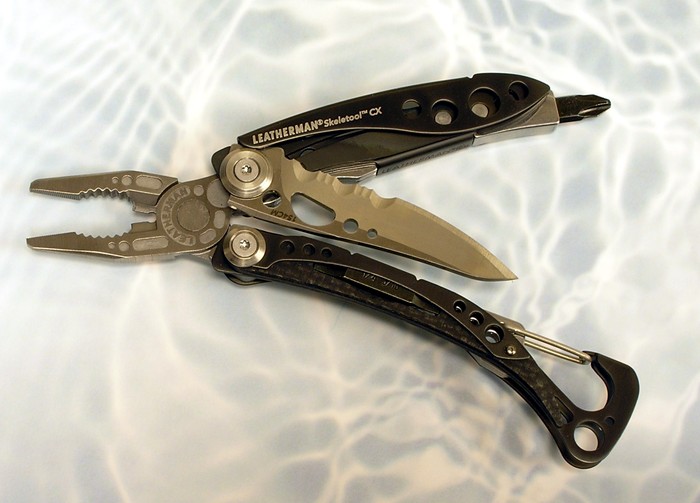 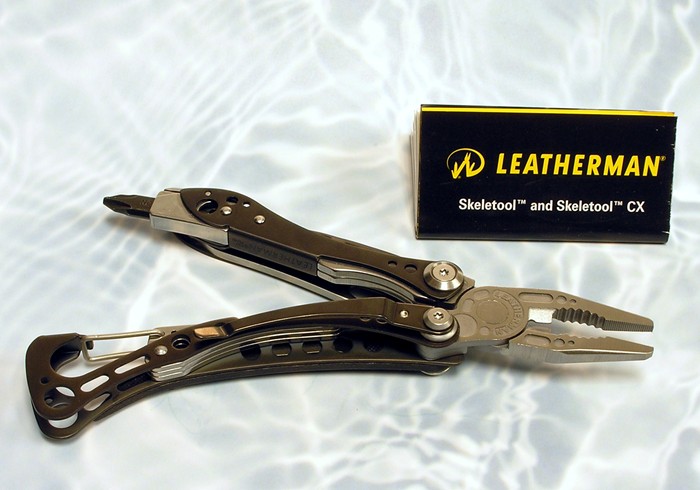 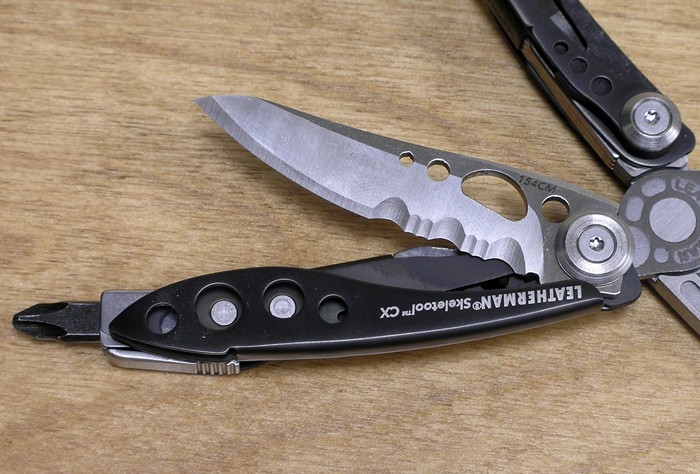 Stainless steel with needlenose and regular pliers and cutters with a hard wire notch.

The Skeletool CX uses a liner lock system for the knife blade.

Carabiner/bottle opener, flattened bit driver, and removable pocket clip are the same on both models.

First year models (2008) will have a partially serrated 154CM steel blade, while newer models (2009 and up) will have plain edged 154CM steel blades. This change according to Leatherman was based on customer feedback and real world testing. This is valuable information for the collector as the Skeletool series does not have a date stamp as other Leatherman models do.

Announced at the 2007 Shot Show. Did not become generally available until March 2008.