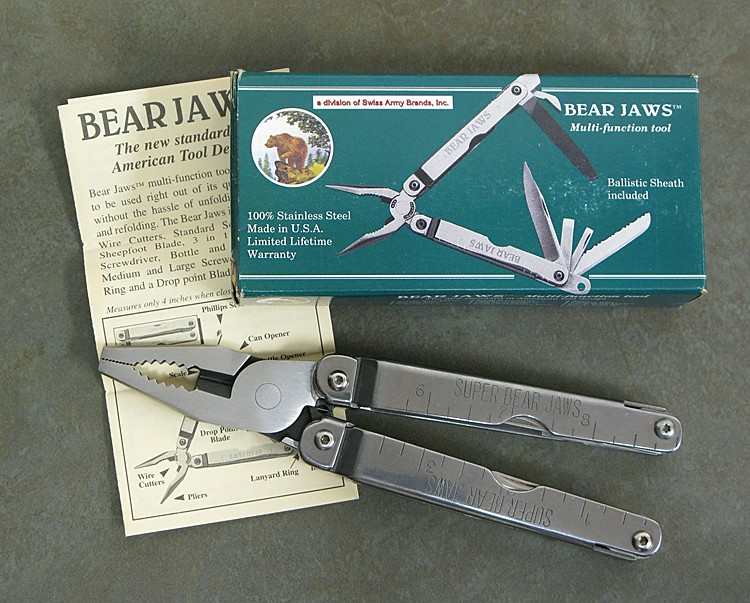 Following closely on the heels of the Bear Jaws 155 tool came the larger Super Bear Jaws. For the most part it is simply a scaled up version of the original, utilizing the same "reversed" handle concept and heavy duty construction. With handles that are "inside out" from the Leatherman design, advantages such as outside opening blades and improved handle comfort should have given the Super Bear Jaws a leg up on its closest competitor the Leatherman Super Tool. Why it wasn't more popular has more to do with insufficient marketing effort than design shortcomings. 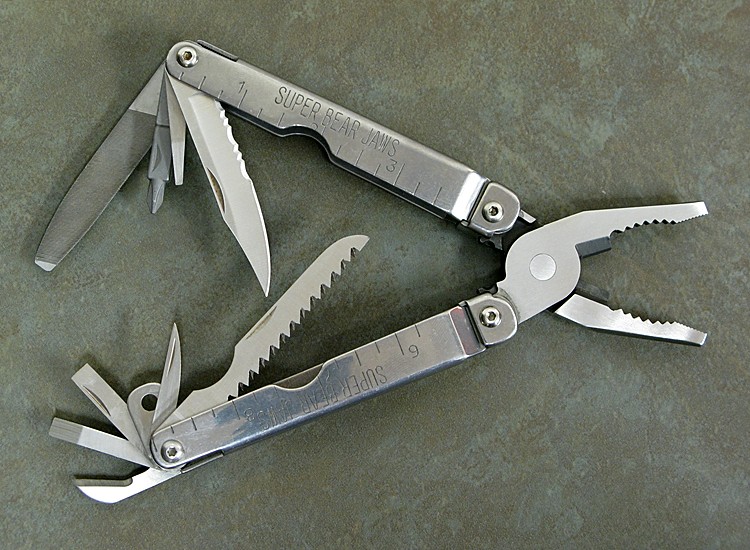 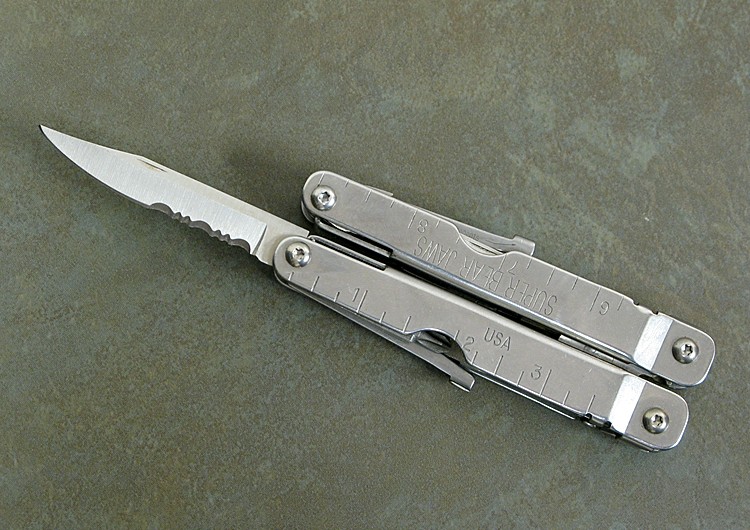 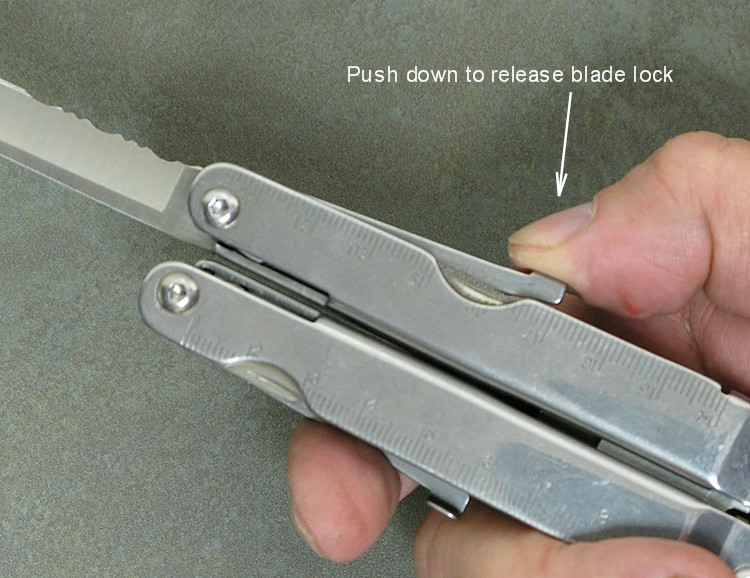 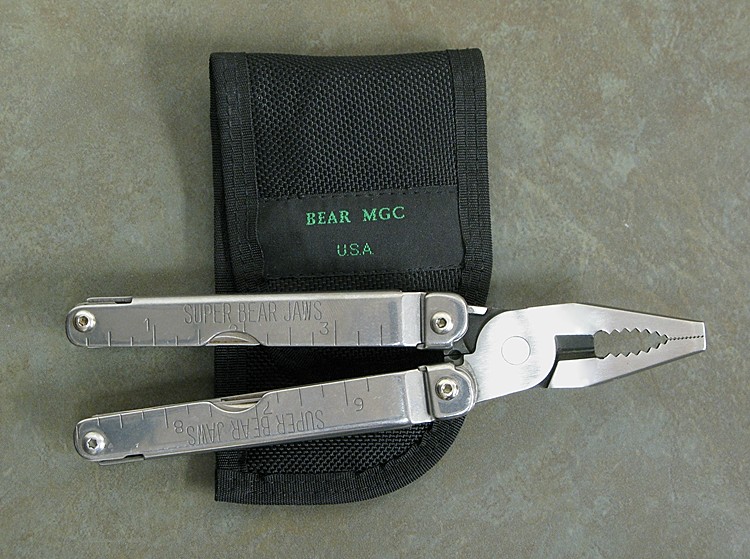 The Bear Jaws Gardener 157GT and Bear Jaws Bird Shears 157SM are based on the same frame and handles.