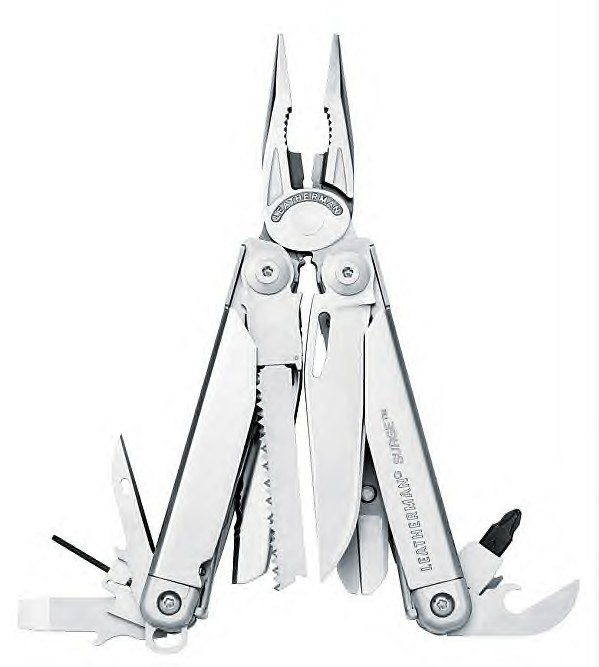 The Surge was introduced in 2005 and the design was based on the New Wave that was released in 2004. The big difference and I mean big was that this tool was huge. It is one of the larger tools in the Leatherman line and 4 and a half inches long closed. The Surge included a blade exchanger on the outside which included both a saw and a diamond coated file that you could swap between (this particular tool is exclusive with the Surge). This tool received a bit of a makeover in 2013 were they fixed a few of its issues and changed the plier head to one with removable cutters. This apparently "officially" retired the older version when the newer version came out 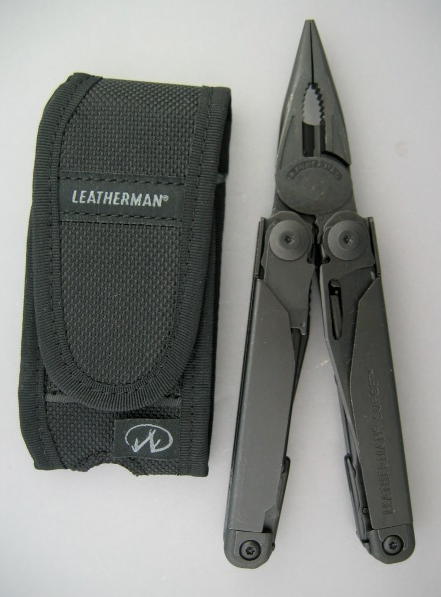