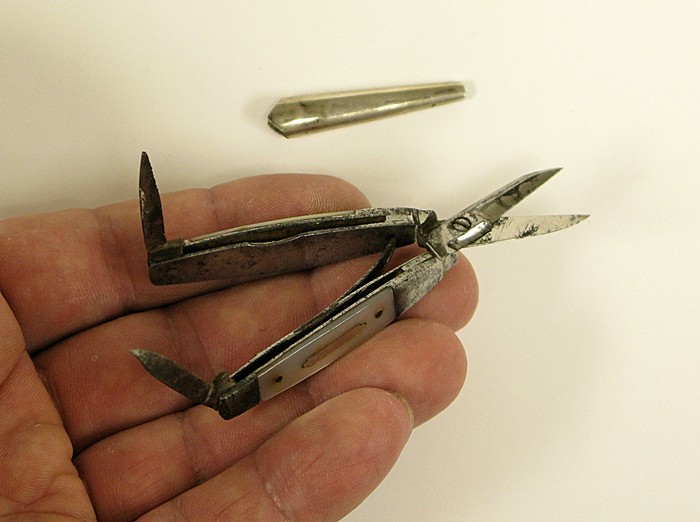 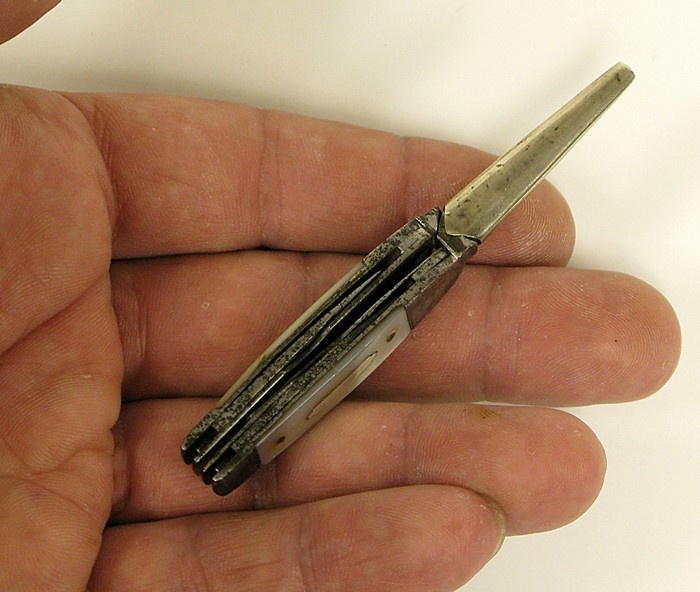 folded up, with scissor sleeve in place

A nickel silver sleeve was included to hold the spring-loaded scissors in the closed position. (note that the knife blades can only be used practically when the scissors are closed) This sleeve has been lost to the ages on most examples found today.

Some examples have been seen with a small leather pouch.

Most examples have no markings. We have only seen one with TOOTHILL stamped near the plier pivot.

Based on the one example seen with TOOTHILL markings, we believe these scissors were produced in Sheffield England by the Henry Toothill cutlery firm. Best estimate of production date is late 1800's/early 1900's.