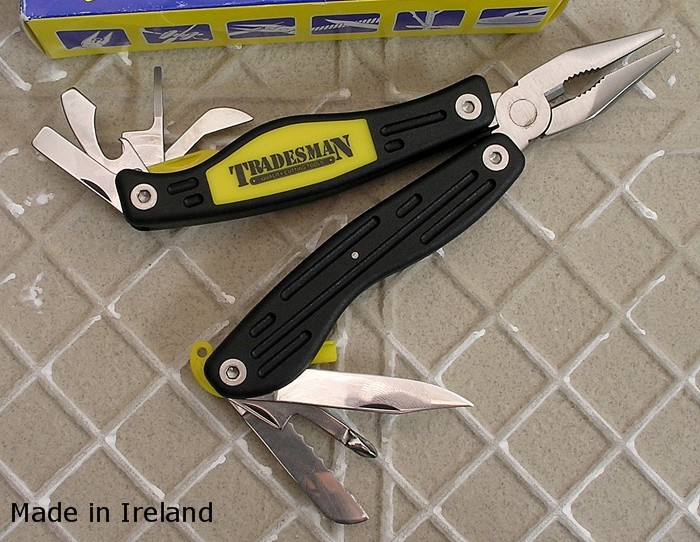 The Imperial Schrade line was a discount brand of knives and tools produced in Ireland. Schrade Cutlery introduced the TMT1 in 2001 to compete with economy grade multitools being imported from Asia, including it in their TRADESMAN series. The TMT1 bears no similarity to the flagship Schrade ST1 tools produced in United States. More recently, the United Cutlery company has relocated production of the TMT1 to China. 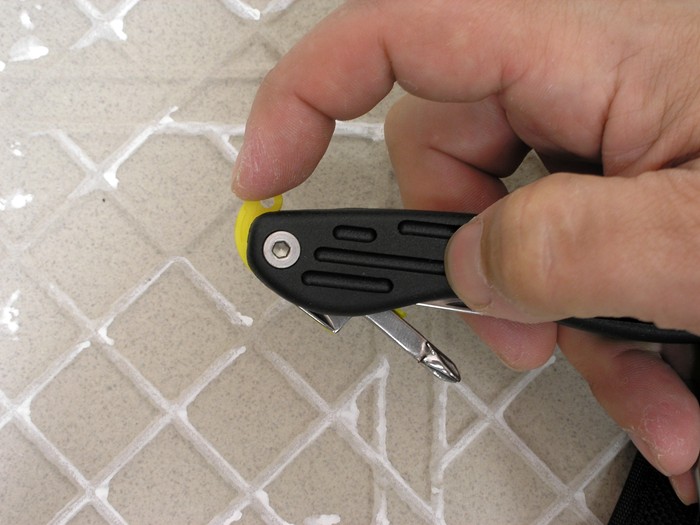 Sheath is woven nylon with a velcro closure. Early models have a belt loop for vertical carry only. More recent examples have loops going both ways.

The TMT1 was designed to be rebranded for other companies, by way of the interchangable logo insert in one handle. In addition, the color of the plastic blade lift assists changes depending on the rebrand. A number of different logos have been noted:

Originally introduced in 2001. Produced by Imperial Schrade in Ireland. Production ceased for several years after Schrade closed in 2004. Production resumed in China under United Cutlery Brands in approximately 2007.