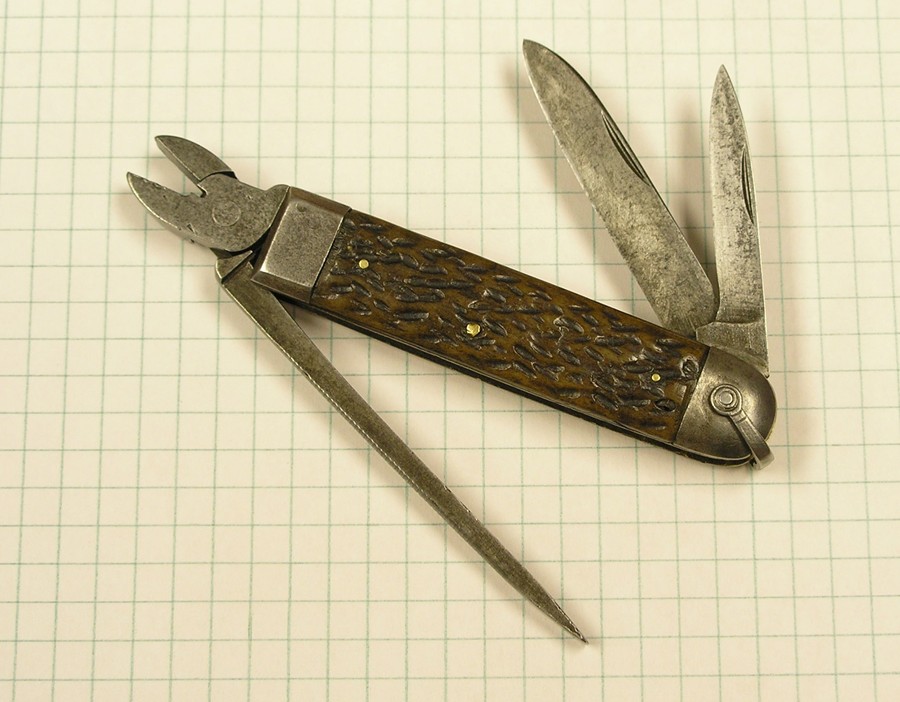 With a similar layout of pliers and blades, it seems likely that the design of the Morley plier knife was heavily influenced by the earlier Barnett Plier-Knife. Both are solid-handle plier tools, and both have handle scales of jigged bone. This tool was produced in Germany by W.H. Morley & Sons, then imported to America during the 1920's. It is extremely rare to encounter one today. 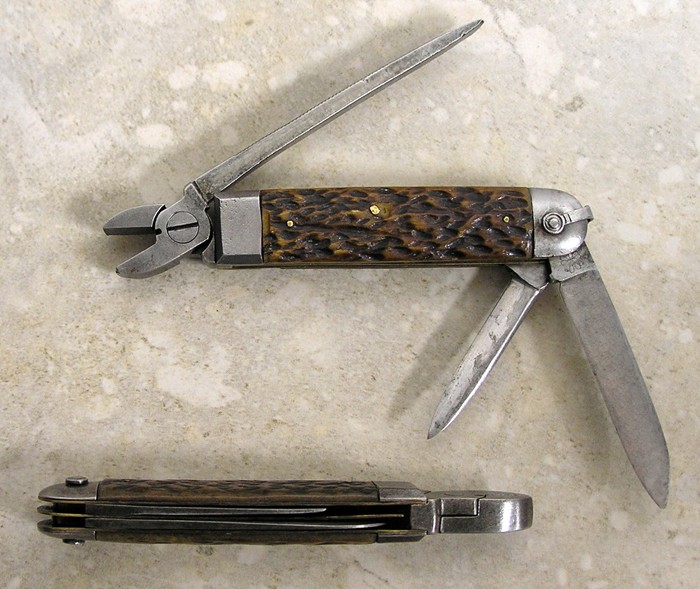 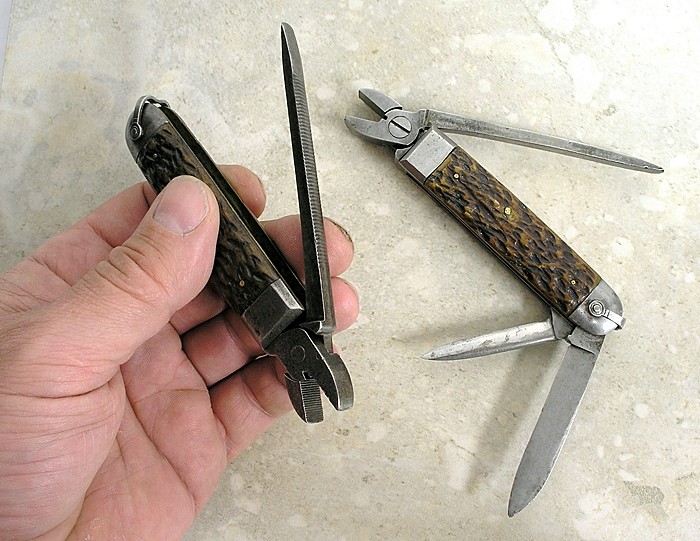 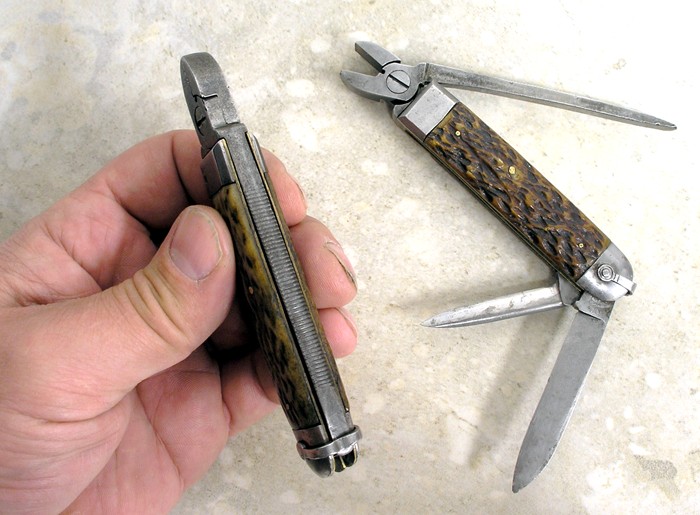 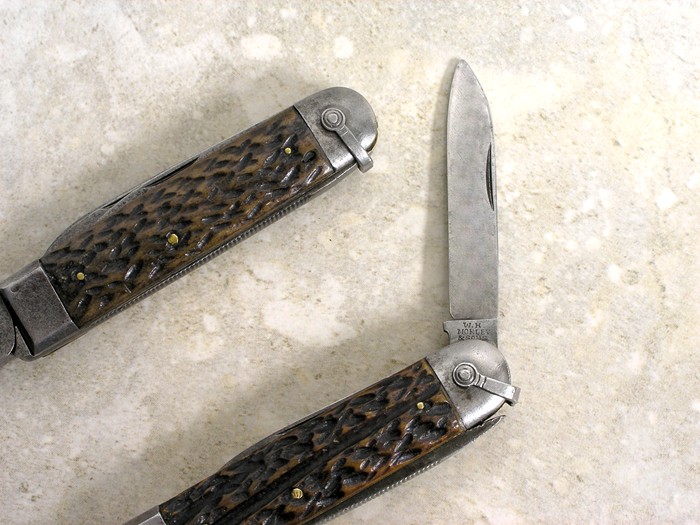 Plier jaws on the Morley are small, although useful jaw opening size is on par with the Barnett. Fine serrations run the length of both jaws. A bypass wire-cutter notch is located near the base of the pivot. The diameter of wire to be cut is somewhat limited by the small width of the cutting groove.

Handle scales are of jigged bone, with steel bolsters on either end. Brass pins hold the scales onto brass liners. (Produced in the days before stainless steel, the use of brass to avoid corrosion was a recognized mark of quality.)

The Morley came equipped with 2-1/2" long spear point knife blade, and a smaller rather stoutly built pen knife blade that could double as an awl when needed.

Like most tools and knives from this era, the blades do not lock in place.

The solid handle of the pliers had ridges running along the length of it for grip, and the far end was tapered to a blunt point. In this fashion, the handle could be used as a flathead screwdriver, or as a pry bar.

A bail was used to hold the plier handle shut when not in use.

According to Bernard Levine, this knife tool was made in Germany by the W.H. Morley & Sons Company, then imported to America by the Adolph Kastor & Bros. Company of New York, owners since 1902 of Camillus Cutlery Co. Best estimates put the date of manufacture sometime in the mid-1920's.