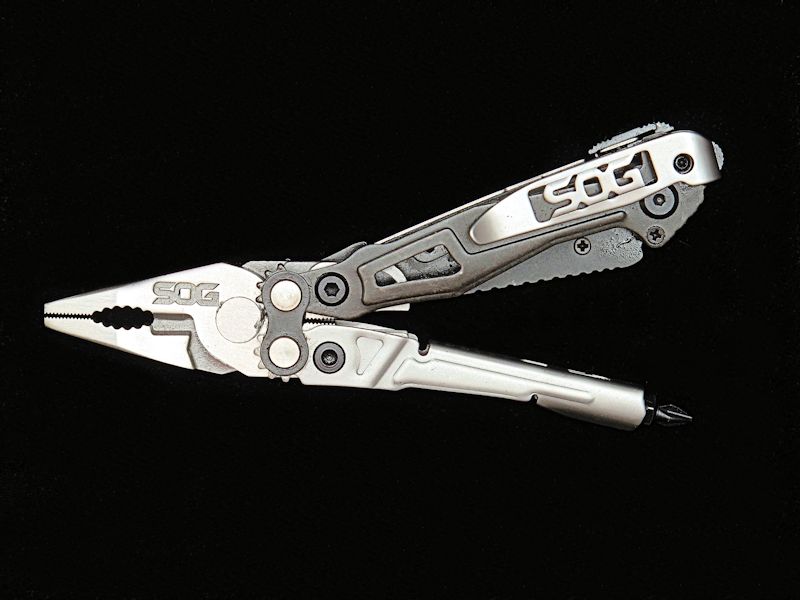 Introduced at the 2016 Blade Show, and released for sale shortly afterward, the Reactor is a minimalist tool aimed at the same market as the Leatherman Skeletool, a tool that shares many features with the Reactor. It features SOG's trademark Coumpund Leverage pliers, a novel bit driver in the plier head, a spring assisted blade with a safety, and a bit retainer with a double ended screwdriver bit. 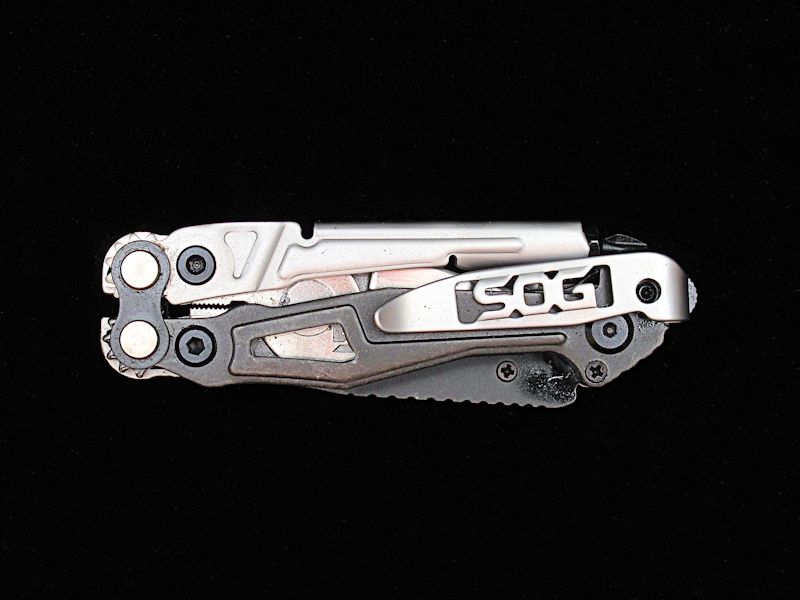 The SOG Reactor features a semi needlenose pliers, with a bolt gripping channel. At the base of the plier jaws, there is a wire cutter with a hard wire cutting notch. On the opposite side of the plier jaws, SOG has placed a wire crimper, and a 1/4" bit driver with embedded magnets to help retain the bit.

The frame of the Reactor is a bit lopsided, featuring one larger handle, and a smaller, thinner handle, in an arrangement that is reminiscent of the unpopular PowerDuo. The smaller handle houses a single double sided screwdriver bit, which is held in place by a small retention spring built into the handle. The larger handle contains the spring assisted blade, a Bottle Opener, and a blade safety. The Pocket clip is also mounted on this handle. The reactor features the classic gears needed for SOG's compound leverage, but forwent the gear covers included on previous SOG tools, like the PowerLock 2.0 and the PowerAssist.

The Reactor features a spring assisted 2.5" Plain edge blade. It can only be deployed right handed, via a thumb stud. The blade is made of 420 Stainless Steel.

The blade is locked open with a liner lock. Some early users have reported that gripping the handle can cause the lock to release, which could be problematic in use. The blade safety, when engages prevents the blade from opening while in pocket, or using the pliers or drivers.

The Reactor has no stock sheath, and instead comes with a pocket clip.

The Reactor was introduced at Blade Show 2016, and released shortly afterwards in that same year. It is manufactured in China.

The SOG Reactor was released at the same time as the SOG PowerPlay, which features a similar bit driver in the plier head. In addition, the Reactor shares many similarities to the Leatherman Skeletool.