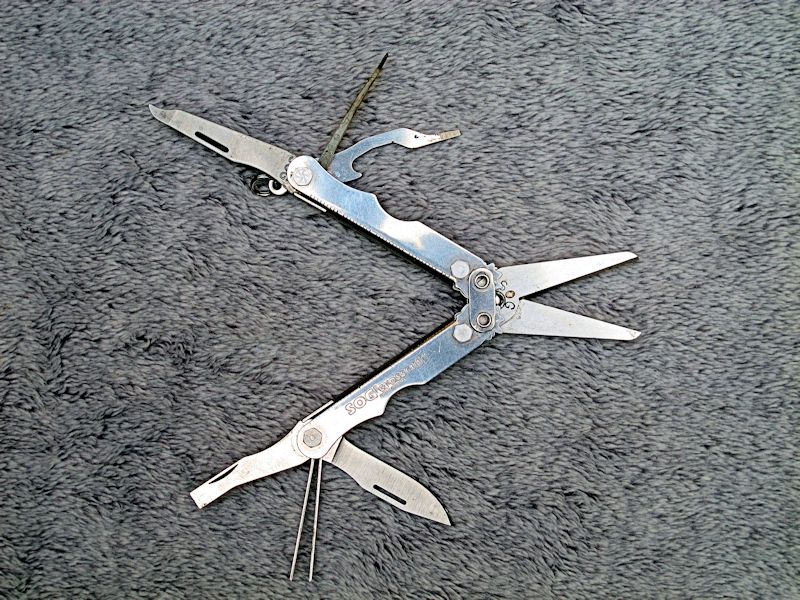 The CrossCut came out in the late 90's as a competitor to Leatherman's Micra, a similarly sized scissor based tool. The CrossCut, and it's stablemate, the CrossGrip, featured compound leverage jaws, and came in either polished stainless or a gold TiNi finish. It was in production for about 10 years, and while a capable tool, had some failings that ultimately prevented it from beating out the competition. 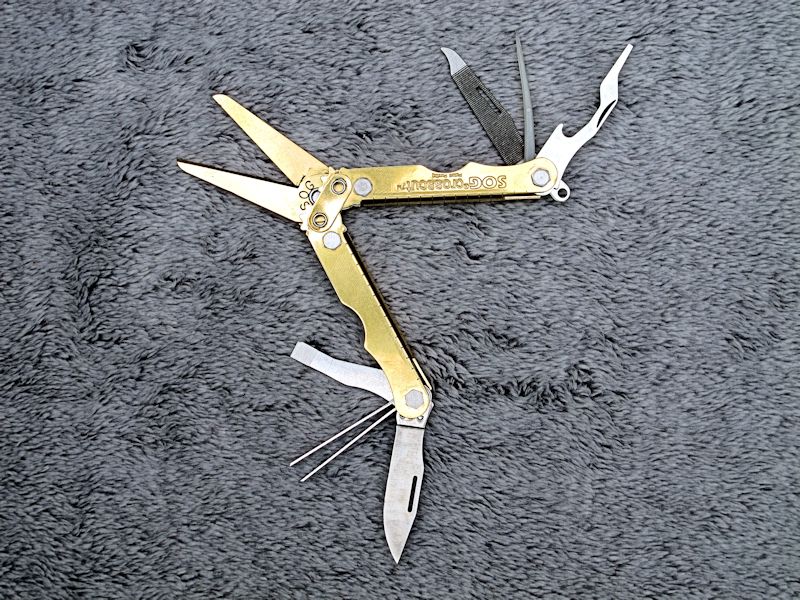 Like many SOG tools, the CrossCut featured SOG's patented compound leverage technology. However, unlike any other SOG tool before or after it, the CrossCut featured scissor jaws, rather than plier jaws. Combined with its compound leverage, the Crosscut could cut much tougher materials than its closest competitors, the Leatherman Micra and Gerber's revolving line of scissor based tools, such as the Shortcut. The CrossCut's jaws are spring loaded, with an internal torsion spring underneath the gears. Compared to the Micra, the CrossCut was inferior for cutting materials like cardstock or paper, as it's thick pivot area gets in the way. However, it excelled at cutting things like paracord and fishing wire, due to it's compound leverage jaws.

The CrossCut uses the same spring retention system seen on the PowerPlier and ParaTool.

Unlike many of SOG's other tools, the CrossCut did not see many changes through it's production life (not counting the CrossCut 2.0). The only offical variations of this tool are the finishes available from SOG.

Few changes were made during the CrossCut's production life. The most obvious change made was to the grind in the scissors, SOG changed the acute scissor grind to a more obtuse grind, which can also be seen on the CrossCut 2.0. Sometime in it's production SOG changed the tweezer design to a more complex shape, and rotated them 90 degrees. However, the more complex tweezer design was eventually dropped in favor of the older design for reasons unknown.

The CrossCut has a sister tool based on the same frame, called the CrossGrip. The CrossCut was discontinued in 2008, and replaced by the CrossCut 2.0 in 2011.