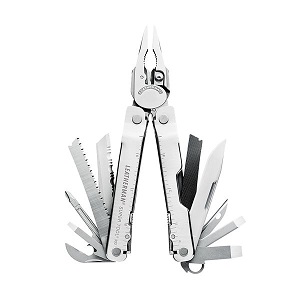 The Super Tool 300 is the fourth tool in its line. The first three in order are the Super Tool, Super Tool 200 and the Core. This tool went back to a more classic design doing away with the box shape and Zytel inserts of the Core. It is a very heavy duty built multitool that is designed and built for the professional that works hard for a living in mind. The first Leatherman to have removable 154CM wire cutters and cut outs in the handle to access the knife blades even with gloves on. This tool is built to stand up to years of hard use.